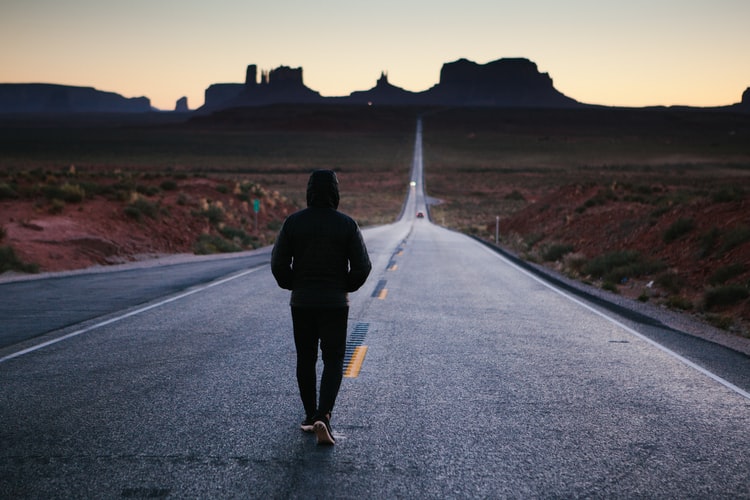 As the story, there is an OWL who traveled far to move to another forest. In this long journey, he meets a bird turtledoves. The Turtledoves amazed to see an OWL that was so hastily. He Said, “Hi, Owl! Where do you want to? “
OWL spun for a moment in the air, and then replied, “Aiih! Too difficult to get along with the neighbors. You do you know, I have the talent to sing, if night comes, I really like humming. But, well … it looks like all of them do not like to hear my voice. What can be made? Better I leave this place and moved to another forest! “
Hearing this, it said, “the Owl, you kan have lived here for tens of years. All the neighbors left and right have known you. Why you should move to a foreign place..? “
It continued, “according to me, you better change Your singing voice tone a little. The neighbors will surely love it. If not so, everywhere you go, just the same. You will still be disliked. “
Hear interviews with shame, turtledoves birds Owls bowed his head. Before long, he was seen flying back toward his home in the old forest.
Marvelous companions,
If you often experience disputes with people around or feel colleagues/friends often complicate yourself, you should try correcting yourself — instead of always blaming others.
If we always throw all the blame on the surrounding environment and do not want to think about yourself, then it is the same case with the OWL. Wherever we go, there will never be liked …
Hopefully can be an inspiration …
Warm greetings!

Once, there were two young men of the village who wanted to seek their fortunes to the city. Two best friends that despite being friends since childhood, but unruly behavior is quite the opposite. The other is a hard worker, the other often rely on the help of others. The excess is simply good at hanging out, so he was much liked by people. While the only companions are the ones who tend to work in silence.
However, both remain mutually supporting each other. Then, when both want to change the fate of the city, they pledged to each other keeping one another.
One time, in the middle of the journey that must pass through the wilderness, they break for a moment under the shady trees. They dance and tells about their ideals in the future while working in the city later. However, in the midst of fun chat, voice of the people for help. They were shocked, there is a weak voice for help in the middle of the forest tends to be quiet.
A little bit of fear, both of them ever looking for the source of the sound. Slowly, they approached the voice for help sounded like moans. After walking a few steps, they were struck by a huge gaping holes in the middle of the forest. They were peeking inside to the inside, where the sound source for help last originated.
In the hole, it turns out there is a young man of drooping. He apparently has been dropped into a pit trap which is usually installed to trap the animals of the forest. Then, the two companions were hurried search for roots in the forest for woven into rope to save the youth from the bottom of the hole. For quite a while they tried to help the youth. A gaping hole because, quite deep. When the afternoon ahead, the new youth was successfully removed from the hole.
Be careful, they helped give first aid on the youth. After giving him enough drink and food is perfunctory, the youth conscious, though not yet fully recovered.
“Thank you you have help me. Maybe if there was no you guys, my life has already ended up in the hole. As an expression of gratitude, the accompany me you guys would graduate to receive a little bit of thanks in the city later? “said the young man.
“Never mind, we’re pleased to be able to help you survive the hole last. We’ll still drop you into town, because it is our goal to get there, “said Lao, the young man who is easy to get along.
Then, do not wait long, towards the dark, they were already out of the forest to get to the city. While walking slowly, the three of them ever engaging conversation. “Why would you both go to town? Where are you guys actually want to? “asked the young man.
Xiao, an enterprising young man who works replied, “we are simply youth who want to change the fortunes of the village to the city.“
“Gee, coincidence. Follow you guys with me. My father will surely want to help people who have help me, “calls the young man.
Arriving in the city, it turns out that the young man is the son of a rich merchant. His penchant for hunting animals in the forest. Since then, he has been dropped into a pit in the Woods, until rescued two young men of the village, Lao and Xiao. Apparently, it is a great luck for Lao and Xiao, because it turns out they had saved the children of people celebrated in the city. So, do not take a long time, they get a job and a decent wage by working to the father of the young man.
Today, however, years pass. Lao and Xiao was considered to be his own family by the merchant. Lao clever mingling, clever take on hearts for these families, especially the youth of their children, so that everywhere is always both. Unfortunately, both of them work just often play around and have fun. Instead, Xiao which tend to be quiet but diligent work, the more trusted to handle the Affairs of the family business.
Look at these conditions, the merchants want to give lessons to his son. “My son, one day you will become the heir of usahaku. Therefore, I want you to choose a confidant that you can count on. Well, before later you I give the responsibility of taking care of this business, you have to test me. There is a family business in the port there that need to be repaired. Tugasmu, is now trying to fix the business. Choose between the Lao or Xiao to help you. If successful, all this effort will I inherit is to you. On the contrary, if it fails, I’ll give it to others that I think are most appropriate to continue this effort. I give time until one year! “
Because it is more familiar with Lao, the young man ever choose to accompany the task. Months pass. Since both are often only tinkering, then so much the better, instead of the venture even the more severe condition. Then, when a year had passed, both failed. They were facing the merchants with faces downcast shy.
“O my son, you have failed to meet mine. You know, it’s like getting a ‘ windfall ‘, had a successful father ye continued.

So too with Lao, trust but not executed well. Good luck indeed often come up, but it could be ‘ windfall ‘ it will not come up twice. Only those who are willing to strive and work harder, then luck–luck is another approach. “
Merchants that continue, “Contohlah Xiao, although subdued, but he is a hard worker. I see the potential in him. This time, I forgive you. But with the terms, you and Xiao Lao must learn, how to work hard to be able to create good luck–luck of others in your life! “
Marvelous Companions,
Indeed many people as if it got a sudden fortune. However, if he just kept hoping the arrival of luck without willing to work hard, don’t hope that luck will come next. Governance gets a “windfall“, it could be that undiminished durian will collapse again.
Then, when the windfall was already obtained, try to manipulate the durian it into something more useful. So is the time get luck. Don’t drown in pleasure. But, make it as a “stepping stone“ to work more actively and diligently again. Thus, imperceptibly, what is considered as good luck–luck another, will continue to go to.
Continue to work, continue to work.